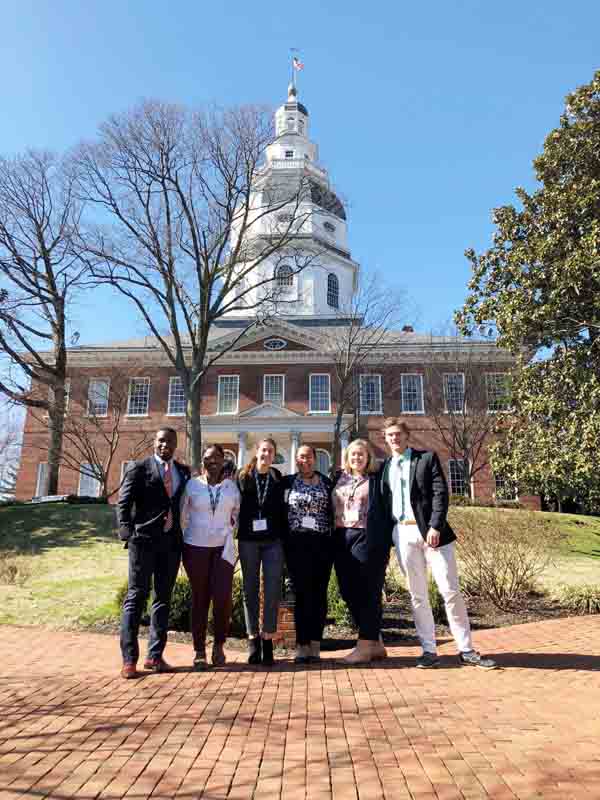 The State of Maryland has maintained a partnership with its independent colleges and universities for 230 years, beginning with the charters granted to Washington College in 1782 and St. John’s College in 1784. The first State operating grant for higher education was awarded to Washington College in 1782. For almost two centuries, the State has provided line-item appropriations for operating expenses, land, academic buildings, residence halls, and equipment. Today, the primary State support for independent higher education is through the Joseph A. Sellinger Aid Program, which was established in 1973.

MICUA was founded in 1971 by independent college and university presidents who came together to raise the collective visibility of their institutions and to work jointly in meeting the academic and financial challenges they faced. The presidents created MICUA to serve as a unified voice for the independent institutions and to help advocate their cause to the State and the nation.

About that time, five private institutions of higher education in Maryland became financially insolvent and closed. The University of Baltimore—then a private institution—wrote to the State requesting a public takeover. These were the “signs of the times” for independent higher education, prompting the Maryland Council for Higher Education to warn that a financial crisis was imminent for many of the State’s independent institutions.

In response, the Governor appointed a panel of citizens from public and private institutions of higher education and local businesses to serve on a committee to evaluate private higher education in Maryland. The Committee was chaired by Philip Pear, member of the Maryland Council for Higher Education.

During the summer of 1972, the Pear Committee visited every private college in Maryland and hired an independent auditor to review their financial statements, enrollment data, staffing records, cost containment efforts, and other records. At the conclusion of its work, the Committee recommended that the State provide modest public support for private higher education to preserve and strengthen a dual system of higher education. The Committee concluded that it is in the best interests of the taxpayers of the State to adopt a State assistance program for eligible private institutions. As a result of the Pear Committee’s findings, the State established a program to provide State grants to independent institutions.

The State grant program—established in 1973—is known as the Joseph A. Sellinger State Aid Program, named for the former Loyola University Maryland president and higher education leader. The program awards State aid to independent colleges through a formula linked to their enrollment and to the per-student appropriation of selected four-year public institutions. This self-adjusting formula remains in effect today and continues to be a national model.

Today, a diverse and distinctive group of 15 institutions constitutes MICUA’s membership. These public-purpose institutions offer students a broad spectrum of educational opportunities. Some common features stand out. From the smallest to the largest, Maryland’s independent colleges and universities offer an education characterized by small classes and by close interaction between skilled faculty and motivated students. Every MICUA institution offers quality undergraduate education to a diverse student body, and increasingly institutions are expanding programs of graduate and continuing study to meet ongoing needs for lifelong learning. They are incorporating emerging technologies into their educational offerings in ways that reflect the societal and workplace demands of the information age. Maryland’s independent colleges and universities are collectively one of Maryland’s most diverse and valuable resources. As their advocate, MICUA is also an advocate for Maryland’s future.